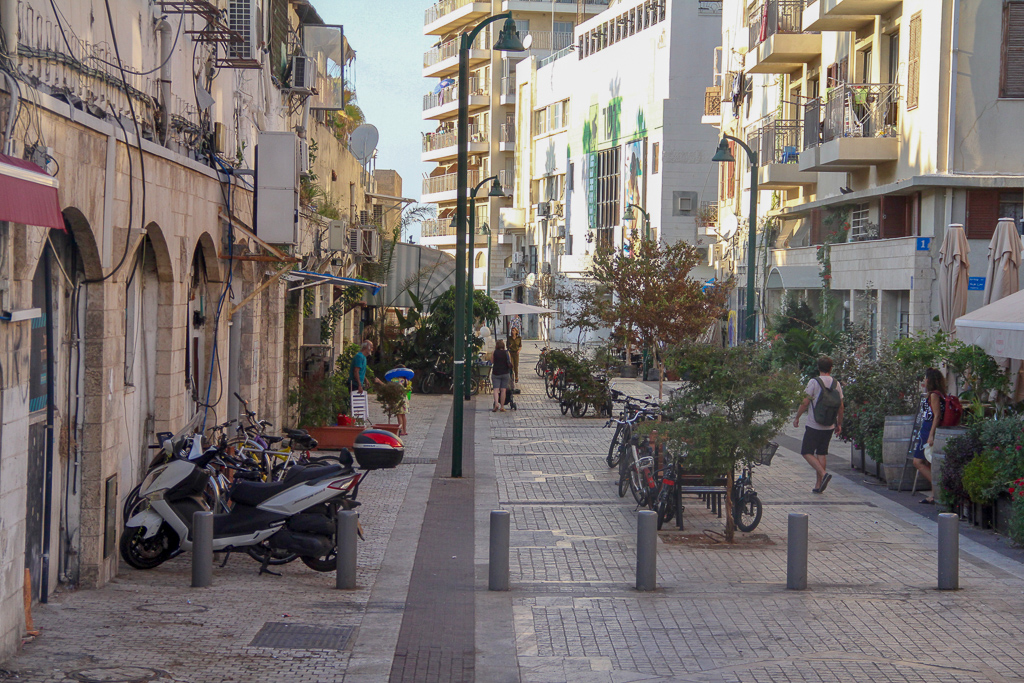 When I decided to take my first trip to Israel, I treated it like any of my other trips. As the trip neared, I began to feel nervous and unsettled. My fear of security gaps, general safety, and risk of terrorism were all coming to the forefront of my mind, blocking me from thoughts about what a life-changing experience I could have there. However, it wasn’t enough to keep me from going.

Upon arrival at Ben Gurion International Airport, my fears still intact, we headed out to Jaffa to view the landscape of Tel Aviv. The city skyline was beautiful. The beaches were clean. The streets manicured. We could feel the end of summer heat setting in as we looked out across the water to the modern city that lay ahead. This was about the time that we received a lecture about security and safety in Israel. We were informed of the sirens indicating of incoming missiles. We were also informed of the capabilities of the Iron Dome, which is a system in place to shoot down incoming missiles. Thankfully, we did not experience any such sirens or emergencies throughout the duration of our trip.

Bright and early the next day we went to the famed Carmel Markets known for spices, foods, candy, clothing, etc. This place was filled to the brim with everything you could imagine. The candy was soft and chewy, the fruit was fresh, the bread was tasty, and the aroma of the spices were remarkable. Haggling seemed to be a fairly regular thing, however some shopkeepers did not budge. Nobody seemed to get offended though. It seemed to be expected.

Afterwards, we found ourselves strolling through the streets of Jaffa, the old city. Jaffa is the oldest part of Tel Aviv and is an ancient port city that is famous for its association with biblical stories. I won’t even begin to touch on that, however the sights in Jaffa were stunning. The entire area was relaxing and tranquil.

We stumbled into a restaurant and tried some amazing shakshuka. If you haven’t heard of it before, you’re not alone. This was my first time hearing of and trying shakshuka. It is typically a dish of tomato sauce with poached eggs along with a plethora of spices. You enjoy its amazingness by eating it with bread. Here’s what it looks like…

Later in the week we wrapped up our Tel Aviv experience by going out to Litzman, a posh club on the boardwalk alongside the Mediterranean and just south of Tel Aviv University. It quickly approached 2am, and we stumbled around, inebriated on the hunt for food and water. Ice cream did the trick. We made our way back to the hotel and recounted how much we accomplished in the time we spent in such an amazing city.

Celebrating our last night in Tel Aviv made me realize how much I had fallen in love with that city. It was modern, chic, easy to get around, and had so much to see and do. My fears seemingly dissipated over the days that we spent there. I was comforted by the many, many soldiers we saw in almost every urban setting. Although a new wave of emotions were setting over me as we readied for the bus ride to our next destination, Jerusalem.