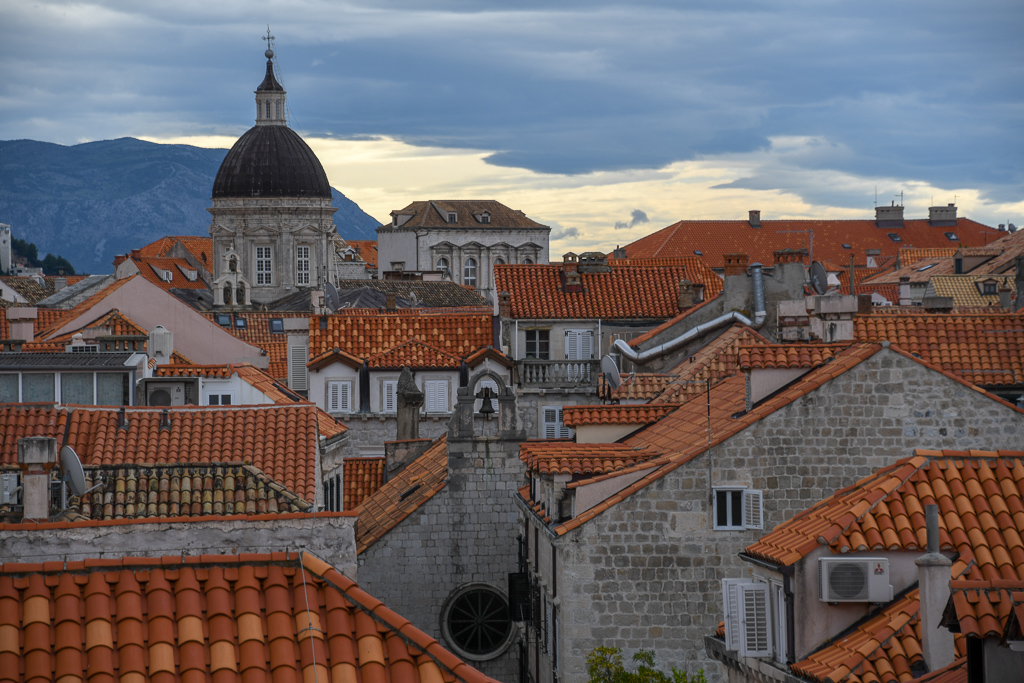 An early morning shot of the Dubrovnik Old Town skyline.

Dubrovnik is a city loaded with history, culture, and a friendly group of people who call this special place home. Nestled right on the edge of Croatia’s Dalmatian coast, this scenic oceanfront city will provide you the opportunity to catch rays at a resort, cliff jump from a hole in the wall bar (literally), and taste some incredible local seafood.

Dubrovnik is a beautiful city with architecture dating back to the 11th century. Through its history, it has been subject to numerous different governments and empires including both the Roman and Napoleonic Empires. More recently, Dubrovnik stood through the Slavic wars in the early 1990s as it was besieged from both Montenegrin and Serbian forces following the breakup of Yugoslavia. Today, you will no longer find blatant evidence of a recent conflict as Dubrovnik is a bustling tourist attraction which has led to the revival of its status as a major Mediterranean city.

We arrived in Dubrovnik by way of Dublin via Aer Lingus. Dublin is generally one of the cheapest gateways into Europe during peak summer.Connecting in Dublin allowed us to save a somewhat significant amount of money while paying for it with the time of a layover. Thankfully all went smoothly and we did not encounter any issues. Dubrovnik airport is a single runway airport which has been exploding in the amount of passengers it handles yearly. The airport is approximately 30-40 minutes outside of Old Town, and there are a couple of options to get to where you need. Uber will be the most direct, costing you somewhere in the ballpark of $45 USD. Local bus is also another option, which will run you ~$10 USD, depending on location. For groups, I would recommend splitting an Uber for convenience. 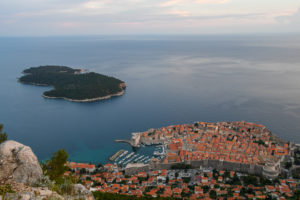 Upon arriving, you will be faced with the incredible wall of Dubrovnik’s Old Town. Dubrovnik Old Town and Lokrum island from the peak of Mt. Srd.

Built using Limestone nearly 1,000 years ago, this structure has survived numerous conflicts and weather patterns. While I highly recommend making your way up the wall for some fantastic views of the old town and Lokrum, I recommend doing so only in the early morning. There are numerous advantages to an early morning wall walk. You will beat the heat (extremely important in peak summer), crowds, and you will catch an amazing sunrise over the city as I have in my photo above. You can head over to one of the wall entrances to buy your tickets. Other activities include cliff diving from Buza Bar, cable car up to the top of Mt. Srd, trekking through LokrumBring along your student ID for some significant discounts! where there are free roaming peacocks and rabbits, exploring the nightlife culture of Old Town, and of course the food. If you love fresh seafood, Croatia will become an instant star on your travel map. 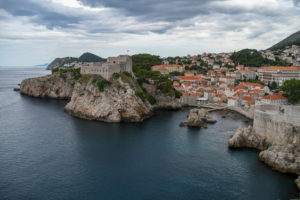 Often referred to as, “Dubrovnik’s Gibraltar”, St. Lawrence Fortress (center) played a significant role in Dubrovnik’s history, and serves as your main view during your meal at Nautika.

One of the nicest meals we had throughout our entire 10-day trip was in Dubrovnik at Nautika. This is not a restaurant for travelers on a budget. The menu is extravagant, the food was delectable, and the tastes were sensational. We left with a huge smile on our face and will keep Nautika on our shortlist for the next time we return to Dubrovnik.

Barba, a restaurant found in the alleyways of Old Town will have you Instagramming the food you are served for at least 10 minutes before you eat it. Get your food to stay or go, giving you the chance to take your meal and sit out in the alley to experience the buzz of Old Town.

I recommend Dubrovnik for those who find themselves in a free-spirited mindset and are willing to do whatever as it comes. There is a certain degree of carefree attitude that runs throughout the younger generation of locals; for example, the willingness to cliff dive from the city wall. Having 2 full days in Dubrovnik is plenty for those who are looking to add Dubrovnik to their itinerary and still manage to see everything. Dubrovnik for more than 4 days is not recommended.