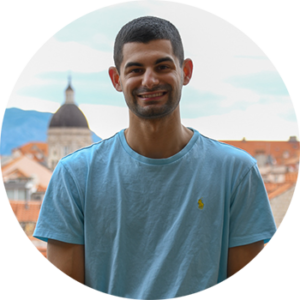 Hello world! That phrase, synonymous with programmers everywhere would lead you to believe that I am indeed a programmer. False. I say hello to the world in which I live, love, and wish to see more of, to be part of, and give back to one day.

Born and raised in New York, the Empire State as it is commonly referred to, is where my journey began. I have the belief that part of my understanding of the world, an acceptance of the world’s cultures originated in my experiences in Manhattan. It’s a place where the world’s cultures converge to generate wealth, prosperity, innovation, happiness, and the unimaginable. Simply walking down 7th avenue through Times Square will open the door to dozens of languages, including some you have not heard of.

I started traveling with my family from a young age, exploring much of the Caribbean. As I grew older, we ventured further out from what we knew. Alaska was next. My seeing a polar bear for the first time at the age of 14 was breathtaking. And in the distance, we could see humpback whales splashing their tails. Some years later, we ventured to Europe. My first time experiencing a foreign culture was shell-shocked me. It was so incredible to see how people a quarter way around the world lived, how different way of life was for somebody who simply grew up somewhere else. From country to country the variations were enlightening. But I also felt something else. A strong sense of curiosity lingered in the back of my head, and it lay there dormant for half a decade before it was finally awoken.

Since that point, I have taken almost every opportunity that I’ve had to go abroad. Now having been to nearly 50 countries (including island nations), I have been to 3 continents and plan to continue exploring as much as I possibly can. Through this blog, I want to share culture, travel tips, experiences, and recommendations with others who themselves also have a passion for the much of the same. This is my first experience running a blog, so feedback, criticism, and suggestions are welcome. I hope you frequently return!